Approaching the government with an antitrust complaint 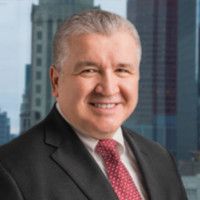 George M. Sanders, JD, is an antitrust attorney who has represented physician practices in antitrust matters across the country. As a litigator for more than 30 years, he has spent a considerable portion of his practice working on a broad range of complex litigation matters including antitrust, trade secrets, consumer fraud, and civil RICO.

When a hospital has significant market power, the hospital can use that market power to harm competing independent physicians. This can violate the federal antitrust laws.

Physicians face significant challenges in modern healthcare markets. The electronic medical records revolution, complex federal and state healthcare payment programs, and compliance with regulatory programs and requirements all eat up time and money that could be better spent on patient care.

In today’s market, these issues are compounded by an even bigger threat: the consolidation of healthcare markets and the squeezing out of local private practices.

Trending: How to evolve your patient communication strategy during COVID19

The federal antitrust laws are designed to protect the competitive process, and thereby protect consumers, by prohibiting the misuse of market power by dominant firms. These laws are critical because a hospital with market power can harm independent physicians in different ways. For example, a dominant hospital can:

What Independent Physician Groups Can Do

Suing a hospital under the antitrust laws for anticompetitive conduct is an option, but such lawsuits are expensive and can take a long time to work their way through the court system.

An alternative is to file a complaint with one of the two relevant federal antitrust enforcement agencies: the Antitrust Division of the United States Department of Justice or the Federal Trade Commission (FTC).

However, filing a complaint with one of these agencies is not as easy as filling out a form. These agencies enforce the antitrust laws in many different industries, which makes getting their attention its own challenge.

Elements of a Strong Compliant

A physician group filing a complaint must carefully prepare a position paper that contains the type of information the Antitrust Division and FTC would need to evaluate whether the identified improper conduct violates the antitrust laws.

Key to this is understanding that the Antitrust Division and FTC employ both attorneys and economists. Because the underlying theory of the case will be that a particular hospital has market power and has used that power to harm competition, hiring an economist is a crucial step. This person provides the research and analysis needed to build a consumer harm narrative. A strong theory of consumer harm is the backbone of a healthcare antitrust case, as the Antitrust Division and FTC are concerned about how a hospital’s role in the local market may be negatively impacting everyday patients.

Preparation of the claim must also include interviewing members of the physician practice and other related parties on topics including the:

The facts uncovered by the investigation and the analysis prepared by the economist are then integrated into a position paper that is sent to the relevant enforcement agency.

The antitrust enforcement agencies receive many complaints and must prioritize their limited resources when determining what to investigate. Developing a strong position paper with a solid economic analysis increases the chance that the Antitrust Division or the FTC will consider your case.

George M. Sanders, JD, is an antitrust attorney who has represented physician practices in antitrust matters across the country. As a litigator for more than 30 years, he has spent a considerable portion of his practice working on a broad range of complex litigation matters including antitrust, trade secrets, consumer fraud, and civil RICO. More at www.sandersantitrust.com.