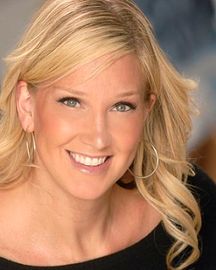 Being female in a STEM field or academic setting includes the obvious challenges of salary and role inequity. In most places, this imbalance is reflected in the ways that institutions privilege men in hiring, promotion, and compensation. For example, some research suggests that both male and female science professors look at a resume more positively if they think the applicant is a man1. One study at Yale University reported that, given the choice between identical male and female faculty applicants, tenured and tenure-track faculty members in the departments of biology, chemistry, and physics  were significantly more prone to hire the male applicant, pay him a higher salary, and see him as a potential mentee2. Women in the science workforce make an average of $1,613.82 less than their male counterparts and this compounds an existing problem which is that women with PhDs in life sciences had an average of $4,147 more in student loan debt relative to their male peers3.

Gender harassment impacts both job and health outcomes for these women including a decrease in job satisfaction, organizational commitment, productivity and performance, and an increase in work withdrawal. The same women also report depression, anxiety, and more complaints of headaches, sleep problems, stomach upset, and muscle pain4. The persistence of the problem suggests that legal requirements don’t offer sufficient protection for women in academics and science. Title IV and Title VII incentivize organizations to create policies and training about sexual harassment that reflect a focus on avoiding liability rather than on prevention of harassment.

Improvements in the equity of hiring, evaluation, and promotion practices are a key institutional step. Visible female leaders in science contribute to an inclusive workplace and inspire young women to become scientists as well. In some cases, hiring quotas can facilitate culture change; social scientists report that 30 percent is a critical mass for representation5. In fact, the number of full-time female professors at a university is directly correlated with salary equity. In one study, as the proportion of female full rank employees to male full rank employees in an institution increased by 1 percent, the mean wage disadvantage for female assistant professors decreased by $2825.363.

Other straightforward workplace improvements include adding bystander intervention training (e.g., noticing the event, interpreting it as problematic, assuming personal responsibility, deciding how to step in, and acting on the decision to intervene) and ensuring that there are resources for victims and accountability for offensive behavior.

A few technological interventions have emerged to offer confidential reporting and community support. CALLISTO is an online reporting portal designed to connect victims of repeat offenders in academic and institutional settings. There are higher-profile reporting platforms like the Speak Your Story Project where anyone can post their story of dealing with sexism in science, with the overall goal being to quantify the frequency of offenses by field, type of institution, and location so that interventions can be developed to improve the culture of the sciences for everyone. Some of those stories are featured anonymously on twitter too. More than anything, the involvement of women in these change efforts is paramount to creating more equitable and humane work environments which makes for better science all around.

Kim Gorgens is a Professor at the Universtiy of Denver. She has been in academy and sciences for more than 30 years.

Sophia Barnes is an undergraduate student at the University of Denver