Kickbacks: Not the Way to Grow Your Medical Practice 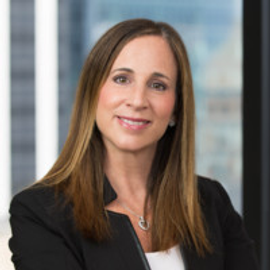 Despite efforts to educate all clients that any payment for referrals is illegal, kickbacks continue to be paid.

Physicians are in a position to refer business to a variety of individuals and entities: specialists, DME companies, home health agencies, and others. But what criteria are used when deciding where patient referrals should go? Is it always what is in the best interest of the patient? Are there other motivating factors?

I work with many home health agencies, DME companies, and other health care businesses and the most consistent report I receive is that physicians who are approached to refer patients or order services or products frequently demand some benefit in exchange for their patient referrals. Despite efforts to educate all clients that any payment for referrals is illegal, kickbacks continue to be paid as evidenced by the growing number of FBI indictments of providers and others for such activities. I was recently confronted with a physician who earned well over $100,000 from kickbacks he demanded, and received, from a single home health agency to which he referred. That’s quite a nice supplement to a primary care income. Too bad he got caught.

Although I believe most physicians are not looking for financial incentives when they refer, the problem is widespread and has contributed to a negative view of a profession that prides itself on having the highest morals. Physicians often erroneously believe that taking cash is illegal but that gifts, sports tickets, dinners or other forms of appreciation are acceptable. The truth is that whatever the form a kickback takes, it’s not good for your reputation or the medical profession. Moreover, the severe penalties for getting caught could cost you your license and hurt your family. It’s just not worth it.

I doubt physicians go to medical school planning to bilk Medicare or commit fraud. But doctors do often feel they are not earning what they expected. Is it a sense of entitlement that leads to poor decision-making? How do we go about changing the mentality that referrals must be paid for? How do we assure that legitimate compensation is not mistaken for an inappropriate kickback? How do we get back to doing what is best for patients?

Here are some suggestions:

1. Make sure you follow all monetary guidelines when accepting gifts from any source to which you refer. I covered the guidelines in an earlier blog. Don’t make the mistake of believing only cash payments will get you in trouble. Also, don’t think improper payments or gifts that are “papered” will go undiscovered. Make sure you have a written policy in your office and that those in a position to refer your patients comply with this policy.

2. Don’t look for compensation from parties to which you refer. Assume every conversation or email you have whether you are offered gifts or payments, or whether you ask for them, could be under surveillance. Most of the recent indictments in which I have been involved relied on evidence gathered through video surveillance and wired witnesses. If the person you are doing business with has decided to cooperate in order to get a lesser sentence, they will do anything the FBI asks in order to help catch the physician.

3. Don’t associate with individuals who do not share your commitment to compliance seriously. No physician needs to be tainted by affiliation with friends and even family who engage in risky activities. You could be dragged into an investigation whether you were personally involved or not, and that’s enough to cause a severe loss in business and reputation.

4. If you are looking for ways in which to increase your income, consider the following (which I will cover in later blogs):

* A role as a medical director or consulting positions;
* Merging your practice with another that can bring in medical services typically referred out and helps decrease overhead costs;
* Investigate if ancillary services might be of benefit to you and your patients;
* Consider adding physician extenders to your practice to increase patient volume; or
* Increase your marketing efforts.

There are many legal approaches to increasing practice revenue. Growing your practice and your income requires hard work and dedication but, in the end, will be more rewarding than a riskier, albeit lucrative, path of accepting payment for referrals.