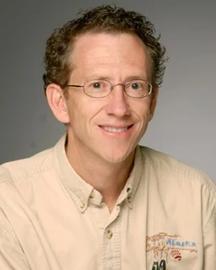 Lucien W. Roberts, III, MHA, FACMPE, is Chief Administrator of Gastrointestinal Specialists, Inc., a 31-provider practice in Central Virginia. He has been a Physicians Practice contributor for the past decade. Lucien may be reached at lroberts@gastrova.com.

Keeping A/R within healthy limits will become more difficult as health reform rolls out. Here are nine steps your practice can take to collect all that it is due.

Accounts receivable or A/R is a term used to denote money owed to your practice for services you have rendered and billed. Any payments due from patients, payers, or other guarantors are considered A/R. A goal of every practice (indeed, every business) is to manage its A/R to ensure that it gets paid correctly in a timely manner. An increase in A/R from one period to another is often a sign that monies such as copays (and increasingly, deductibles for those patients with high-deductible health plans) are not being collected upfront. It portends cash flow troubles if not corrected.

One common measurement of A/R is "days in A/R," which is calculated by dividing the total A/R by the average daily charges for the practice. For instance, "40 days in A/R" means that the practice is due payment for the equivalent of 40 days of work. This days-in-A/R measure does not, however, consider the "age" of any payment. To do so, we classify our A/R by its age - i.e., the time since we billed for a particular service. Payments due for services billed in the past 30 days are placed in a 0-30 day bucket, those billed between 31 and 60 days are placed in the 31-60 day bucket, etc., - you get the idea. Dividing the A/R in each bucket by your total A/R gives you percentages to gauge ongoing collection performance:

Raw percent shift from prior year

Monitoring the percentage of total A/R in each aging bucket, every month - and comparing it to prior performance in other periods - is something every practice should do. In the above example, this practice has done a much better job of collecting money upfront, a goal of every practice. However, they have lapsed in working accounts that were not paid promptly. Numerous studies have proven that the longer an account goes unpaid, the less likely it is that it will ever get paid. You can expect to get only 10 cents of every dollar that remains unpaid after 120 days-no kidding. It behooves every practice to collect at the time of service.

In the past 15 years, medical practices have improved their accounts receivable performance significantly. The percentage of A/R in the 0-30 day bucket has nearly doubled to an average of 58 percent, while the percentage in the 121+ day bucket has declined by nearly half to about 16 percent.

Maintaining our current A/R performances will be difficult. More patients will have high deductible health plans, including many of those offered under the federal and state health insurance exchanges. Though we are doing much better, vigilance remains essential. There are several guidelines that every practice should follow:

1. Set a goal of collecting 100 percent of all copays at the time of service. If you ask for a daily report that identifies any outliers and why each copay was not collected, copay collections should remain high.

2. Check insurance eligibility on every patient prior to every visit to: 1) Identify what copay and/or deductible is due; and 2) Ensure the patient's insurance is active.

3. After checking insurance eligibility, use appointment-reminder calls to let patients know in advance how much they are expected to pay at time of service.

4. Eliminate the aging buckets from the bottom of your patient statements. They suggest to patients that payments can be postponed. Replace them with a simple "due now."

5. Find out how often bills are sent out. Billing insurance just once a week, and patients just once a month, slows cash flow.

6. Make sure your insurance pending accounts are worked aggressively, every month.

7. Send out no more than two patient statements and then follow up with a phone call. If a patient has not paid her bill after the first two statements, why would the third be more effective?

8. Review your A/R aging report every month, comparing it to the prior year (and ideally to your budget). Understand shifts in numbers, by looking for trends.

9. Periodically run an aged A/R report from the date of service (as opposed to billing date) to identify/address any lag times between date of service and date of billing.

Lucien W. Roberts, III, MHA, FACMPE, is assistant administrator of Gastrointestinal Specialists, Inc., a 21-provider practice in Central Virginia. In his spare time, he is a writer, speaker, and consultant. For the past 20 years, he has worked in and consulted with physician practices in areas such as compliance, physician compensation, negotiations, strategic planning, and billing/collections. He may be reached at lucien.roberts@yahoo.com.