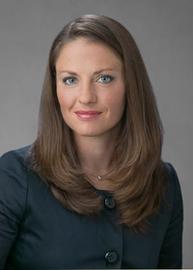 A recent Illinois court case claiming violation of the False Claims Act should be on the radar of all physicians when it comes to compliance.

All an individual needs to do is review the Department of Justice (DOJ) website to find that the U.S. government takes the False Claims Act (FCA) seriously. In December 2012, the DOJ announced its largest annual recovery in FCA cases.  The nearly $5 billion in recoveries for fiscal year 2012 surpassed the previous record by over $1.7 billion. Therefore, providers should take notice for two reasons: the government is devoting more resources to pursue these actions and physicians can also be relators- individuals who bring a FCA case on behalf of the government.

Considered the primary civil remedy to redress the remuneration given by the government for claims submitted for reimbursement, FCA serves as a vehicle for the government to be alerted to fraud. An FCA claim can be brought directly by the government or by a citizen relator, who files a claim. Although it dates back to the Civil War, three major actions have strengthened the FCA’s qui tam provisions: 1.) 1986 Amendments; 2.) Fraud Enforcement and Recovery Act of 2009; and 3.) the Affordable Care Act. Because of the fraudulent nature of the allegations, relators and the government are held to meeting a higher threshold when submitting a complaint. A recent Illinois District Court case (Goldberg ex rel. United States v. Rush Univ. Med. Ctr) illustrates the notions that physicians are relators, fraud carries heightened pleading requirements, and the bright line distinction between Part A and Part B claims

The Goldberg case is significant on many fronts. First, Robert S. Goldberg, MD, and June Beecham initiated the action under the federal FCA and the Illinois Whistleblower Reward and Protection Act. Specifically, the claims were set forth against Rush University Medical Center, Midwest Orthopaedics at Rush, LLC (MOR), and individual physicians. The allegations contained in the complaint were premised on the violations of Medicare Part B requirements that an attending physician be "immediately available" during simultaneous surgeries or have an equivalent "back-up" physician on hand.

Initially, the District Court dismissed the case in 2010, but in May 2012, the Seventh Circuit U.S. Court of Appeals reached a different conclusion and overturned the trial court’s decision. The Seventh Circuit’s reasoning was that the relators alleged conduct that exceeded what had been publically disclosed; therefore, holding that the public disclosure bar had been cleared. Upon remand to the District Court, the defendants moved to dismiss the case.

What the court held is significant and physicians and hospitals alike should take notice. First, the court granted Rush’s motion to dismiss, which removed them from the case. The reason was that the hospital had no obligation to comply with the teaching physician rule, which applies to Medicare Part B billing. Further because "[t]he Complaint fail[ed] to alleged any fraudulent claims submitted by Rush or under Medicare Part A that Rush knowingly failed to meet." Second, because the relators (plaintiffs) satisfied the heightened pleading requirements through providing enough specifics to meet the "who, what, where, when, and how" pleading requirements. In essence, the Part B violations established were enough to clear the threshold and allow the case to proceed against the remaining defendants.

So, what this means is that like a claim that is submitted and subsequently rejected for lack of medical necessity, the court found that the Complaint did not include enough "legal necessity" to clear the threshold and keep Rush as a party in the case. And, just as more than one medical condition or treatment can be submitted on a claim, more than one issue can arise in a court case. Again, there is a "legal necessity" standard akin to a "medical necessity" standard for each item being addressed. Regarding the "heightened pleading" standard, it can be thought of in a similar manner to ICD-10. ICD-10 has more specificity required than ICD-9. Approaching this legal pleading standard is akin to including "who, what, when, where, why, and how" in a patient chart in order to code correctly and substantiate the condition in the event of an audit or a denial.

Physicians and other readers should be aware that different courts in different jurisdictions can reach different results or the same court can reach a different outcome on slightly different facts.

Moreover, with bundled payments, central billing, and accountable care organizations, liability may attach more easily to the parent organization, which is usually a health system or hospital.

Therefore, physicians should take precautions to comply with federal and state regulations that impact all aspects of the practice of medicine. Such examples include: 1.) accurately documenting the care rendered and other nuances, such as having an attending available and not simultaneously billing; 2.) implementing a compliance program to address billing issues and compliance with provider agreements; and 3.) checking the CMS and HHS websites for relevant updates on initiatives such as meaningful use, ICD-10, and HIPAA/the HITECH Act.