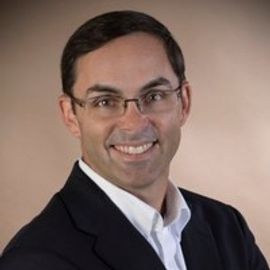 Think of a succession plan as a living document that records exactly how you want the next chapter of your business story to unfold.

While busy physician owners have many competing time pressures, succession planning is one of the most effective ways to give you peace of mind and ensure you are prepared for any unforeseen event or for retirement. When successful physician practice owners reach a certain age, it becomes imperative that they address the issue of succession planning. Many of them may have been dodging this particular conversation for years, yet they sometimes approach me with seemingly ironclad convictions about how they would like the succession to play out. That doesn’t mean that they actually know what they want. The physician owners may have met with their accountant or a financial advisor to learn about avoidance of future or current tax liabilities related to ownership changes.

To be honest, physician owners often contact me fully devoted to a set of myths, beliefs, and emotions that are almost always counterproductive in the early stages of the process. The first step by any qualified consultant should not be a discussion of strategies or tools. It should be a frank discussion of what the physician client really wants. That discussion requires breaking down some myths that are almost universal amongst physician practice owners and confronting not only the realities of succession planning, but also the emotions and physician dynamics that are powerful forces in many medical practices.

Trending: The Devil is in the Details: Terms and Conditions of CARES Act Provider Payments

Myth One:  There’s Plenty of Time

Really? To whom? When? For how much? Finding a willing buyer for any medical practice is rarely just a matter of hanging up a “for sale” sign. Buyers are not necessarily prepared to wait until the time is right in a business’s life cycle before making an offer. And it is even more difficult for solo physician practices.

The same issues of timing influence the way medical practices will be valued. Some physician owners have an idea of the worth of their practice based on revenues, fixed assets, profitability and a variety of balance sheet items. If you are not one of those, then a valuation of the practice may be needed at some point.

What the physician owners want is fair value paid by the buyer, as if that was a constant or objective number. Fair market value (as defined by the United States Board of Tax Appeals) is “The price at which property would change hands between a willing buyer and a willing seller, neither being under any compulsion to buy or sell, and both having reasonable knowledge of the relevant facts.” The truth is that valuing a medical practice is a detailed process (as I have written about several times in the past) and when the time comes for a valuation, you should will need  an independent valuation of the practice, documentation of the business valuation data and methodology and perhaps periodic review of the valuation.Myth Three:  A Successor Will Be Ready When I’m Ready

It is not surprising how many physician practice owners approach me wanting a succession plan without a successor clearly established. “Established” means more than simply identifying a successor. It’s also preparing that successor, which may require a long apprenticeship. The apprenticeship will certainly involve learning all the operational tasks required in the business, but it may require much more from both the successor and the current practice owner.

Growth is the lifeblood of any business. In most medical practices, growth comes not only as a result of outstanding clinical performance, but also the careful management and expansion of relationships with patients and referring physicians. A successful succession plan builds into the apprenticeship not only the mastery of business tasks but, equally as important, the building of business relationships. The outstanding taskmaster does not always turn out to be the best rainmaker, and that’s an important thing to learn when identifying a successor.

The physician owner may also have handpicked a successor that has very different ideas as to how the practice should eventually be run. Now the owner has to listen to new ideas about a successful practice he or she has built. It’s not easy. That’s why a consultant should stress a long apprenticeship as part of the succession plan.

Trending: How to have a well-run practice

Too many physician owners see a succession plan as “all or nothing”-that changing ownership necessarily means giving up control and reducing income. However, it is entirely possible to create a succession plan that transfers business ownership to an eventual successor without losing control or income or-as is vitally important to many founders -the continued opportunity to build a legacy.

It is possible for a physician owner to still run a medical practice and be paid for that role without the loss of title or any of the other satisfactions of operating an independent physician practice. However, the earlier a physician owner begins transferring ownership to a successor, the likelier it is for a succession plan to be a success, both emotionally and financially.

Think of a succession plan as a living document that records exactly how you want the next chapter of your business story to unfold – a tool designed to ensure your practice continues to thrive for many years following your departure. Know that once you’ve made the succession plan, it can change. New circumstances, unforeseen needs, or a new vision can all inspire changes to your finished plan. The good news is you can change course and make corrections as you go, especially if you see any vital errors. But you must also trust in the training process and in your successor’s decisions.

So relax. You have to give up the reins sometime. Let go of the responsibilities of leadership, and look toward your future. Decide what legacy you want to leave behind, both professionally and personally, and greet it with promise and hope by making a rock-solid succession plan. it is helpful to work toward deadlines for completing your succession plan. Allow yourself a generous amount of time to seek advice and carefully weigh the right decisions.

People often say change is inevitable, but it is possible to cultivate a change for the better by planning in advance for your medical practice succession.

Nick Hernandez, MBA, FACHE, is the CEO and founder of ABISA, a consultancy specializing in strategic healthcare initiatives for physician practices. His firm helps devise and implement strategies that will allow practices to remain competitive and solvent. E-mail him here.