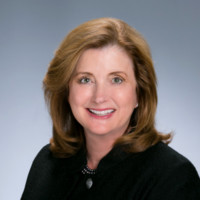 Financial Advisor to high net worth individuals including physicians and those at or nearing retirement.

Whether you are a physician who is still in residency or have enjoyed a long career and are nearing retirement, strategic tax planning is critical at any stage of your career. Smart planning throughout your career not only helps to alleviate tax burdens on a year to year basis, but works to maximize your income in retirement, as well.

Unfortunately, even though the average physician spends roughly a decade in graduate school and training, there is little to no education provided on personal finance or tax planning.  With this in mind, we’ve compiled a list of the top five tax planning strategies that can specifically benefit hard-working physicians looking to reduce their taxable income and improve their lifetime income stream.

1)Choose a Retirement Plan that Allows for Maximum Retirement Contributions

One of the simplest and most popular ways to reduce your taxable income is by contributing the maximum annual amount to pre-tax retirement accounts such as 401(k)s and Profit Sharing Plans (PSPs). Contributions made to these plans are made pre-tax, which means they are tax deductible for the year in which the contribution is made. The funds placed in pre-tax accounts will grow tax-deferred until funds are distributed in retirement. In the meantime, these funds may be exempt from legal claims as long as they remain invested in qualified plans.

Fortunately, retirement accounts aren’t the only savings vehicles that can help alleviate your tax obligations. Additional tax-advantaged accounts, such as 529 College Savings Plans, can be utilized, albeit in a different manner.

While contributions to 529 plans are generally not tax-deductible-such as those of your 401(k) and PSP-the funds in a 529 do grow tax-deferred and are distributed tax-free when the funds are used for the intended educational purposes. Recently, tax laws have expanded their definition of “acceptable use” to be more inclusive. Whereas distributions were previously only tax-exempt for college and graduate school expenses, the parameters of the law have widened to also include K-12 expenses up to $10,000 a year.

An added bonus is that individuals can contribute up to five years of gifts into a 529 plan at the outset without gift tax ramifications. Not only does this provide a great outlet for gifting, but allows more time for the gifted funds to grow tax-deferred, increasing the likelihood they will cover a young beneficiary’s future college tuition in full. In 2019, the gift tax limit is $15,000, which means it would be possible to fund $75,000 into a new 529 account for a child this year. These contributions can also be utilized as an estate planning tool since 529 funds are considered to be outside of the estate of the grantor.

3)Consider the Tax-Efficiency of Your Investment Vehicles

On the fixed income side, municipal bonds are often the best choice for minimizing taxes and maximizing returns, but not always. After all, at any given time, the after-tax yield on a taxable bond may actually be higher than the tax-free yield on a municipal bond. A fluctuating yield curve and tax rates may cause these numbers to change.

While you may want to avoid “letting the tax tail completely wag the dog,” you’ll always want to be aware that some investment vehicles are more tax-efficient than others and maximizing your after-tax return should be an integral part of your overall tax planning strategy both in retirement and in your accumulation phase.

Tax laws are constantly evolving and this past year was no exception. One of the most notable changes in 2018 was the dramatic reduction of itemized deductions and the increase in the standard deduction, which means many physicians may want to take the standard deduction moving forward. Given these new limits, individuals may choose to take advantage of “bunching deductions” in order to surpass the higher threshold. Bunching deductions is a technique that allows taxpayers to delay claiming deductible expenses, such as charitable contributions, from one year to the next, resulting in a larger total deduction amount later down the road. While charitable contributions are still fully deductible if the tax payer is itemizing, making larger donations in a single year rather than smaller contributions year after year may help push a physician over the standard deduction limit which can reduce taxable income.

Donor-advised Funds (DAF) are also a great way to increase deductions in a single year as these accounts allow an individual to donate a large sum all at once and subsequently direct smaller contributions to charities over a number of years. Individuals over age 59½ can consider making contributions directly out of their IRA account. Not only will the distributions made from an IRA not beconsidered taxable income if they are directed straight to the charity, but they could ultimately reduce the donor’s Required Minimum Distribution amount at age 70 ½ due to the reduced account balance remaining after contributing funds from the IRA account for many years.

5)Consider the Timing of Your Social Security Benefits

Legally, individuals are eligible to begin claiming social security benefits as early as age 62, but it will cost them in both a decreased benefit amount for life and heavy taxation if the individual is still working. After Full Retirement Age (FRA), the benefits will no longer be taxed as harshly, but will incur some tax if the individual is still receiving a paycheck, in which case waiting until age 70 may be most beneficial. Each year an individual defers claiming benefits past their FRA, their benefit amount increases by about 8% a year until age 70-a compelling reason to consider delaying benefits, especially if you are still a practicing physician at the peak of your income-earning years.

Julianne F. Andrews, MBA, CFP, AIFis a principal and co-founder of Atlanta Financial Associates. She specializes in working with physicians and executives in the healthcare industry. Her passion for working with physicians comes from being a pediatrician’s spouse for more than three decades. Julie has been featured on Forbes’ list of America’s Top Women Wealth Advisors since 2017 as well as Forbes’ Best-in-State Wealth Advisors since 2018. Julie can be reached at jandrews@atlantafinancial.com.Learn about our process, MDFIT™, designed precisely for the unique wealth management needs of physicians.