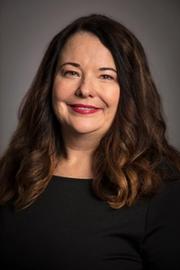 Lisa Grabl is president of CompHealth, the nation’s largest provider of locum tenens physicians and founder of the traveling physician industry. She joined CompHealth in 2001 as a sales consultant and served in a variety of management roles prior to being named president in 2017. Lisa is passionate about building lasting relationships and helping her team members reach their highest potential.

One antidote to physician burnout is to focus on increasing happiness and work satisfaction.

Physicians are happy. That may seem like a simple statement, but in the era of physician burnout, it’s quite meaningful.

We recently conducted a joint study with the American Academy of Family Physicians. Together, we surveyed more than 5,000 physicians across the country from most specialties. Somewhat shockingly,

For me, the most interesting finding was that happiness was most strongly tied to the personal relationships with family and friends. Seventy-four percent of physicians ranked those relationships as the primary source of their happiness, followed by work satisfaction/fulfillment reported at 20 percent.

Similar to friendships at work, the survey also found that mentors played a large role in physicians’ lives. Slightly more than half of respondents said mentors were important to their careers, and 73 percent have served as mentors to others.

It’s worth noting that happiness doesn’t indicate an absence of stress. Physicians’ lives are inherently stressful, as their work directly impacts others in such a meaningful way. Not surprisingly, the survey found only 35 percent of physicians have more happiness than stress, but stress doesn’t necessarily translate into unhappiness or poor life satisfaction. Rather, it is just part of the job.

The fact that only half of physicians reported having good relationships with administrators also hits close to home. As the leader of my company - and an administrator of sorts - it made me wonder how my own employees would answer these survey questions. Would they say they have a positive relationship with me? That our interactions are meaningful? That they can trust me? I hope so, but realize I need to move beyond hope, step up, and focus on my relationships with my people.

I have the benefit of working at a company that solicits frequent feedback from our employees. We survey employee engagement annually, schedule regular one-on-one meetings, and conduct focus groups. Do you have methods for receiving feedback or knowing if your employees are happy? If not, these may be a good place to start.

It’s also important to pay attention to the relationships your staff may have with each other. If you find there is someone who doesn’t seem to have many friends, it may be worth finding ways to strengthen the relationships on your teams. Planning an off-site outing or regularly buying staff lunch may be a good way to invite staff to sit down and get to know each other better.

The survey also made me reflect on how often I think about the happiness of my employees. I’m not talking about their job functions or what we need them to do each day, but their actual happiness with life. Everyone wants to be happy. If we can do something in our organizations that will improve employees’ happiness, it is worth the effort.

To learn more of what else the survey revealed, check out the full report here.

Lisa Grabl is president of CompHealth, the nation’s largest provider of locum tenens physicians and founder of the traveling physician industry. Lisa joined CompHealth in 2001 as a sales consultant and excelled in a variety of management roles prior to being named president in 2017. Lisa is passionate about building lasting relationships and helping her team members reach their highest potential.